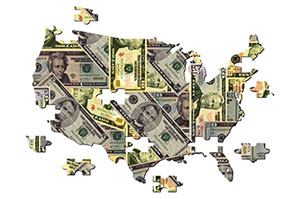 The idea that uneven Medicare health care spending around the country is due to wasteful practices and overtreatment—a concept that influenced the federal health law – took another hit in a study published in May 2013. The paper concludes that health differences around the country explain between 75 percent and 85 percent of the cost variations.

“People really are sicker in some parts of the country,” said Dr. Patrick Romano, one of the authors.

That’s a sour assessment for those hoping to wring large savings out of the health care system by making it more efficient. Some, such as President Barack Obama’s former budget director, Peter Orszag, assert that geographic variations in spending could mean that nearly a third of Medicare spending may be unnecessary.

Their conclusions are based on the wide differences in spending, which in 2011 ranged from an average of $14,085 per Medicare beneficiary in Miami, to $5,563 per beneficiary in Honolulu, even after Medicare’s cost of living and other regional adjustments — but not health status — were taken into account.

The new study comes as advisors to the government consider whether regional differences are a useful tool to reduce health spending. An Institute of Medicine panel is preparing a report on whether Congress should pay less to hospitals and doctors in areas where there is heavy use of medical services, and more in regions where spending is lower. That report is due out this summer, but an interim version indicated that the panel was opposed to the idea.