Benefits of Healthfairs are Questioned 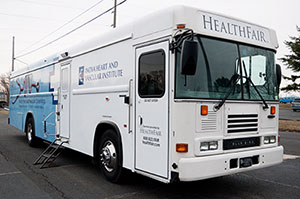 Hospitals hoping to attract patients and build their brands are teaming up with medical-screening companies to promote tests aimed at consumers worried about potentially deadly heart disease or strokes.

What their promotions don’t say is that an influential government panel recommends against using many of the tests on people without symptoms or risk factors. The panel says such screenings find too few problems to outweigh their drawbacks, which include false positive results, follow-up procedures and potentially unnecessary surgery. Other medical experts warn that the tests could needlessly raise health-care spending.

Inova Health System, one of the Washington, D.C., region’s largest hospital networks, is partnering with a screening company called HealthFair to blanket the region with direct mail and advertisements promoting a $139 package of what it describes as “five life-saving tests for heart disease and stroke.” The tests, which usually are not covered by insurance, are performed in specially equipped buses, operated by HealthFair, that carry the Inova logo and travel to different locations.

Inova Health System partners with screening company HealthFair, which provides specially equipped buses to run tests aimed at finding heart and stroke risk factors. This bus, painted with Inova’s logo, conducted recent screenings in a church parking lot in Manassas, Va. (Photo by Karl Eisenhower/KHN)
Similar programs by other hospitals are taking place in dozens of cities across the country, including Richmond, Va., Tyler, Texas, Marin, Calif. and the suburbs of Chicago.

“A lot that ends up being found is clinically of no importance at all,” said Steven Weinberger, executive vice president and chief executive of the American College of Physicians.

Such screenings “not only can raise [health care] costs, but also can lead to additional testing that is harmful,” Weinberger and two co-authors wrote in the Annals of Internal Medicine journal in August, calling hospital involvement without disclosing potential downsides “unethical.”