Value and Quality – Not Volume 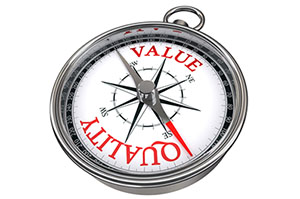 For decades, reformers of U.S. healthcare have sought to change how doctors and hospitals are paid to reward quality and efficiency – efforts that accelerated as a result of the Obama health care overhaul. But surprisingly little progress has been made to date, a consortium of large employers reported in March 2013.

Only 10.9 percent of health care spending last year by employer-sponsored plans was based on “value,” as opposed to “volume,” or the number of services performed, according to the study by Catalyst for Payment Reform (CPR), a nonprofit group which represents 21 U.S. employers, including Verizon, Walmart, eBay and Boeing.

“Nine of every ten dollars is paid into the health care system with no attention to whether the care provided was performed well or poorly, or whether it was appropriate in the first place,” said CPR Executive Director Suzanne Delbanco.

The other 89.1 percent was based largely on the traditional fee-for-service model that pays providers a fixed price for every service they deliver — in most cases with no limits on those services and without regard for results. This model rewards volume—more tests, more scans, more specialist examinations and more surgeries – an incentive that many experts blame for the unsustainable growth in U.S. health care spending.