The rate of testosterone supplementation has nearly quadrupled in the United States since 2000, according to new research published online January 1 in the Journal of Clinical Endocrinology & Metabolism.

While testosterone levels naturally decrease gradually with age and in the presence of factors including chronic disease, obesity, or smoking, most guidelines recommend supplementation only when patients have symptoms and have low testosterone levels that are confirmed by repeated laboratory tests.

Test the levels before you act, i.e. buying into a marketing hype or getting a prescription – Presentation by Henry R. Black, MD.

Human papillomavirus (HPV) produces epithelial tumors of the skin in several anatomical areas and and mucous membranes. In the first global meta-analysis of case-control studies investigating the role of HPV in esophageal carcinoma, HPV was associated with a threefold greater chance of esophageal cancer.

Anogenital warts, cervical infections and even common cutaneous warts (verruca vulgaris) should be timely and correctly diagnosed. Missing a diagnosis is likely to cause confusion of one condition for a much more dangerous one, delay appropriate therapy and may lead to needless morbidity or even mortality.

END_OF_DOCUMENT_TOKEN_TO_BE_REPLACED

Low T? Test Before and During.

Many men above 45 are under the influence of the “Low T” marketing. Testosterone is the holy grail of energy, positive mood, and sexuality! Go get the latest and the greatest gel, transdermal patch, oral formulation, or injection to boost your T! The T market is forecast to reach $5 billion by 2017.

Men using testosterone boosting therapies should know if the therapy works. Get your T levels tested and watch your numbers grow! Hopefully.

Rita Rubin of The Baltimore Sun writes: “For nearly a quarter century, doctors have ordered annual PSA tests for men of a certain age to screen for prostate cancer, despite a lack of evidence that the benefits outweighed the risks – especially when tiny, slow-growing tumors were detected”.

The greatest benefit of PSA appears to be for those 55 to 69 but men in that age group should discuss the pros and cons with their doctor before deciding whether to proceed. For those who opt for screening, waiting at least two years between tests could minimize potential harms – namely false-positives and the detection of slow-growing tumors that wouldn’t have caused any symptoms – while preserving most benefits.

PSA Tests for Men Over 75 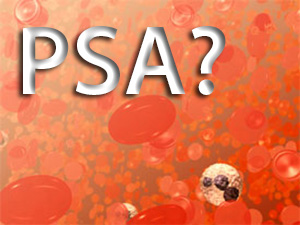 Fewer men over age 75 are being routinely screened for cancer with a prostate-specific antigen (PSA) test following a 2008 recommendation against these tests. About 4 in 10 men over 75 get the tests.

Before the recommendation, 47 percent of men over 75 had a PSA test. By 2010, that percentage dropped to 42 percent, according to Medicare data. That occurred without any change in payment policy by Medicare, which continues to cover the PSA tests.