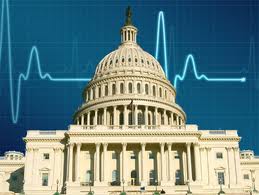 At a Capitol Hill hearing in June 2013, journalist Steven Brill, who examined the issue of the high cost of health care in a much quoted March 2013 Time magazine article, told Senate Finance Committee members that President Barack Obama’s health care law will do very little to lower prices for consumers.

Joined by a panel of health policy experts at the hearing to explore ways to make health pricing more transparent, Brill said that while he views efforts to disseminate prices for health services to consumers favorably, he believes that increasing transparency has its limits. “[Transparency] starts the conversation about prices that we didn’t have in the debate over Obamacare. It’s only a start,” Brill said. “Obamacare does nothing about these prices. Nothing to solve the problem – Zero.”

In his article, Brill looked at several patients with inadequate insurance and went through their medical bills line by line to explain why their care was so expensive. Among the many reasons he identified were massively inflated charges for common drugs and services and the hospital chargemasters that bore little resemblance to true costs.

Committee Chairman Max Baucus, D-Mont., praised Brill’s efforts. “The chargemaster is like the sticker price of a new car,” Baucus said. “It is inflated, and few would ever pay it. In the case of hospitals, the list price is not just a 5, 10, or 15 percent mark-up; it can be 100 times higher. But unlike new cars, some people have no choice but to pay the chargemaster price. Who are those people? The uninsured, and the under-insured.” Baucus, who was one of the main authors of the federal health law, said it would help address some of the issues faced by the patients Brill profiled, but added that there is still more that needs to be done to get costs down.

“Let us continue to make health care more transparent and affordable,” he said. “Let us not stop working until we finish the job we started with health reform.”