Researchers at the Intermountain Medical Center Heart Institute in Murray, Utah in collaboration with scientists at Harvard’s Brigham and Women’s Hospital in Boston completed a study using the complete blood count risk score, an inexpensive tool that uses all of the information in the common CBC blood test that includes data that is frequently underused by physicians. CBC test may predict who is at highest risk to develop heart problems, and how long these people may have to live.

The study was presented at the 2013 American Heart Association Scientific Sessions in Dallas on Nov. 19, 2013. 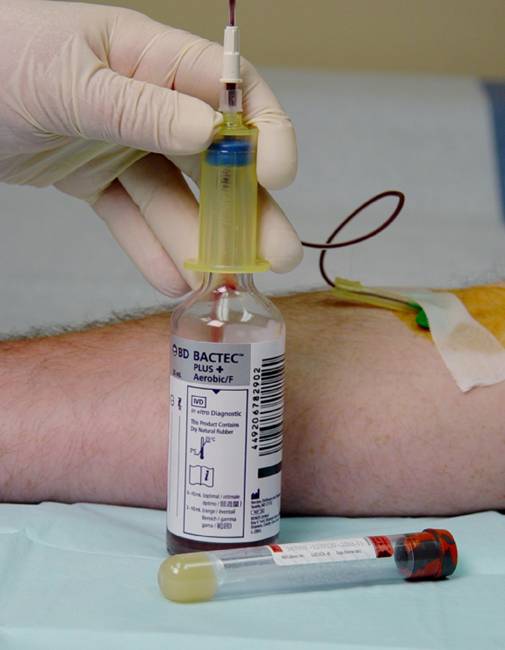 According to a team led by Dr. Samuel Vinci of Boston Children’s Hospital, abnormal blood cholesterol reading are thought to occur in roughly a fifth of American children and adolescents.

The concern is that – if left untreated – problematic cholesterol levels among youth could translate into heart disease in adulthood.

Alert to the problem, since 2007 several organizations – including the U.S. National Heart, Lung, and… END_OF_DOCUMENT_TOKEN_TO_BE_REPLACED

Sleep apnea is a chronic condition that pauses the breath of a person while they are asleep. The soft tissue at the back of the throat reclines and obstructs a person’s airway while they sleep. It affects people of all ages, however, sleep apnea occurs most often in adults over the age of 60. In fact, over 20% of all older adults in the United States are affected by this disorder.

Not only does sleep apnea affect the quality of a person’s sleep, but also impacts other areas of their health and quality of life, causing headaches, memory problems, and… END_OF_DOCUMENT_TOKEN_TO_BE_REPLACED

Shocking data published by Annals of Internal Medicine. About 21 million American adults are obese and diabetic.

“Diabetes has increased dramatically. The rates have almost doubled since the late ’80s and early ’90s,” said Elizabeth Selvin, the study’s lead author and an associate professor of epidemiology at the Johns Hopkins Bloomberg School of Public Health, in Baltimore.

“This study also highlights that the increase in diabetes really tracks closely with the epidemic of obesity. The diabetes epidemic is really a direct consequence of the rise in obesity,” Selvin said.

There are two main types of diabetes — type 1… END_OF_DOCUMENT_TOKEN_TO_BE_REPLACED

Multivitamins: To Use or Not to Use?

Dr. Sandra Fryhofer says “Not to Use” in this video brief about recent studies, which clearly demonstrate that vitamin supplementation provides no benefit for the prevention of chronic conditions. There are, however, a few exceptions. Watch now.

A new initiative by Google may provide new tools and medical laboratory tests that can be used in the management of geriatric patients.

Google’s founders believe that analysis of the genomes of people who live to be 100 years old and are relatively healthy will allow them to solve the puzzle of human aging. They have funded a new company, Calico — short for California Life Company, to pursue this goal. The research should develop a better understanding of the dynamics of human aging and the diseases associated with it.

The rate of testosterone supplementation has nearly quadrupled in the United States since 2000, according to new research published online January 1 in the Journal of Clinical Endocrinology & Metabolism.

While testosterone levels naturally decrease gradually with age and in the presence of factors including chronic disease, obesity, or smoking, most guidelines recommend supplementation only when patients have symptoms and have low testosterone levels that are confirmed by repeated laboratory tests.

Test the levels before you act, i.e. buying into a marketing hype or getting a prescription – Presentation by Henry R. Black, MD.

A blood test has been developed that can predict with 90 percent certainty whether a senior will suffer from dementia such as Alzheimer’s disease within the next few years.

The test relies on levels of 10 lipids, or fats, in the bloodstream to estimate the chances of either mild cognitive impairment – which involves memory loss and a decline in thinking ability – or the beginnings of Alzheimer’s disease.

Laboratory testing for C difficile remains controversial because many different types of diagnostic tests are available, with detection of different targets and different performance characteristics. Factors that enter into the choice of test include rapid turnaround, specificity, sensitivity, and cost.

On the basis of correlation with mortality, the best reference method for the diagnosis of Clostridium difficile infection (CDI) is the cytotoxin assay and a multistep algorithm combining a highly sensitive first test (such as glutamate dehydrogenase or nucleic acid amplification) followed by a more specific test (such as enzyme immunoassay) to confirm positive results. This appears to be the… END_OF_DOCUMENT_TOKEN_TO_BE_REPLACED