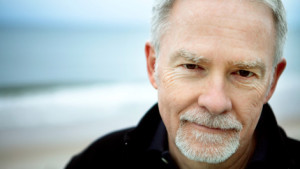 Researchers who tried to figure out the actual effects of low testosterone on male health came to several conclusions.

Low testosterone production can reduce strength, muscle size and lean mass. If the testosterone isn’t being converted to estrogen, men may see an increase in body fat. And a deficiency of either can spark a decline in sexual function.

The research, involving hundreds of volunteers and published online September 11 in the New England Journal of Medicine, comes at a time when testosterone supplements are being widely advertised to men in the U.S., for example, in commercials urging them to be treated for “Low T.”

From 2001 to 2011, the number of U.S. men receiving such treatment more than tripled and replacement therapy has become a nearly-$2 billion business.

Unlike new drugs that are approved for a specific problem, testosterone is subject to “surging overuse from off-label prescribing for diverse unproven indications, including use in older men as an anti-aging or sexual tonic and in younger men for bodybuilding or doping,” even though the way it works is not well understood, David Handelsman of the University of Sydney writes in a Journal editorial.

“The bottom line is there are tens of millions who are aging and who are having their hormone levels changed,” lead study author Dr. Joel Finkelstein of Massachusetts General Hospital in Boston told Reuters Health. “We don’t know which men should be treated, whether it’s effective and whether it’s actually safe.”

The new study was an attempt to separate the effects of testosterone and estrogen – most of which is made by the body from testosterone – on men’s sexual function, strength, muscle size and lean and fat mass, and to discover how much testosterone is needed for health.

“This study allows us to begin to be more sensible about the diagnosis and treatment of low testosterone,” Dr. Bradley Anawalt, chairman of The Endocrine Society’s Hormone Health Network, told Reuters Health. He was not connected with the research.

“It shows that testosterone has different effects at different levels for different tissues,” he said.

Order testosterone and estradiol tests for a quick turnaround at LabFlorida