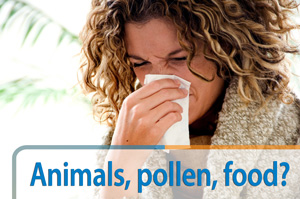 All of us in Florida know somebody who has allergies. Most of allergy sufferers are familiar with symptoms of asthma. Each year in the United States asthma accounts for an enormous social and economic cost. More than 25.7 million Americans — one in 12 — suffer from asthma, including 7.7 percent of adults and 9.5 percent of children.1,2 According to the Centers for Disease Control and Prevention (CDC), this translates into more than nine million office visits, two million emergency department (ED) visits, half a million hospitalizations, and more than 3,300 deaths each year.3,4,5 The direct costs of high levels of healthcare utilization and the indirect costs of premature death and absenteeism from school and work total a staggering $56 billion per year.6

Although the majority of exacerbations can be prevented through proper disease management, a minority of patients have their
asthma under control. There is significant variation in direct healthcare costs for someone with asthma depending on the
patient’s level of asthma control.

In a study of Kaiser Permanente’s Southern California System, there was a $3,499 difference in direct costs for those with uncontrolled versus controlled asthma — $6,797 versus $3,298, respectively.7

Hospitalizations account for a large portion of the direct costs of uncontrolled asthma. When asthma is not under control, patients are at greater risk for acute exacerbations that bring them to the hospital. The average asthma-related hospitalization lasts three days and can cost anywhere between $12,000 and $24,000.9

For children, asthma is the most common cause of school absences and accounts for an average of eight days per student with asthma per year—14 million total. Not only do these students miss school, but those with persistent asthma and frequent absenteeism also are shown to perform lower on standardized tests.11

Adult work life is similarly affected by asthma and accounts for 15 million missed or “less productive” workdays each year – costing $300 per worker a year — for a total loss of $3 billion for the U.S. economy.6

Mortality also accounted for more than $2 billion in indirect costs.12 Indirect costs vary greatly depending on the patient’s level of asthma control. Yearly indirect costs related to asthma for patients with poor control reach $8,729, while those with high control only cost $4,365.8

Find out what you are allergic to – Get your allergies and asthma in control!